Lipids
Lipids are an organic chemical that are used for all cell membranes and are used as an energy store. Fats are chemically similar to oils but are solid at room temperature, oils are liquid at room temperature. Lipids are made up of Carbon, hydrogen and oxygen, they are also made up of fatty acids and glycerol. They are combined using ester bonds. Glycerol has the chemical formula C3H8O3
The structure of a fatty acids is constant. The fatty acids are made up of a long hydrocarbon chain – a back bone of carbon atoms with hydrogen attoms attached, and a carboxyl group (-C=O/-OH). The change in fatty acids comes from:
An ester bond is formed when fatty acids react with glycerol. It is a condensation reaction with the reverse being a hydrolysis reaction. The reaction occurs between the hydroxide ion within glycerol and the carboxyl group on the fatty acid. The glycerol and fatty acids are linked by a single bond to an oxygen. This oxygen is from the glycerol and the ester bond to the fatty acid. Water is created from the waste hydroxide from the fatty acid and the hydrogen from glycerol
Properties of Lipids
Phospholipids
These properties are very important to biology.
Phospholipids are used in cell membranes. 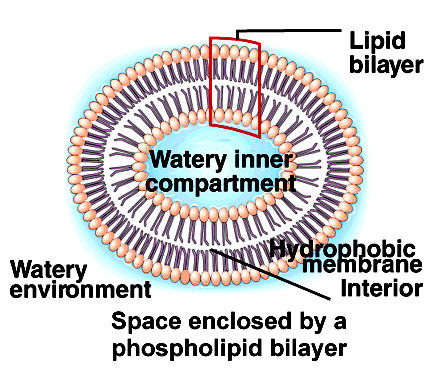